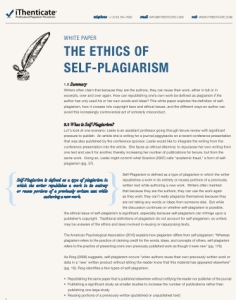 By now most authors have at least heard this term, but it has only recently begun to be 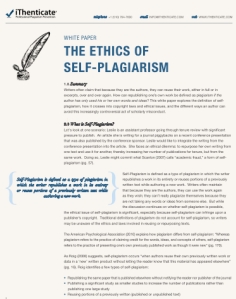 more clearly understood!  So if you are still wondering what the fuss is all about – take heed!  I won’t go into a lot of detail here because the details are described very well by in a recent post on the iThenticate Blog.  And, they have provided a white paper that you can download a copy of the white paper titled “The Ethics of Self-Plagiarism.”

There are two key points that I do want to comment on because I believe these points are important to notice, whether you have considerable familiarity with the idea of self-plagiarism, or are just learning about the concept:

The Copyright Clearance Center has an excellent 6-minute video that explains the basics of copyright, including the basics of fair use.  Watch it, and make sure everyone on your team knows that this resource is available.