We are delighted to feature the open access article titled “Embedding a Palliative Approach in Nursing Care Delivery: An Integrated Knowledge Synthesis” authored by Richard Sawatzky, PhD; Pat Porterfield, MSN; Della Roberts, MSN; Joyce Lee, PhD; Leah Liang, MSN; Sheryl Reimer-Kirkham, PhD; Barb Pesut, PhD; Tilly Schalkwyk, MSN; Kelli Stajduhar, PhD; Carolyn Tayler, MSA; Jennifer Baumbusch, PhD; and Sally Thorne, PhD. This article not only addresses the significant challenges of palliative care, but also serves as an example of the translation of knowledge into practice. We welcome you to download and read the article at any time – it is permanently available at no cost to readers.  Then return here and share your comments and ideas!  This is a message from Dr. Sawatzky about the work of this team of authors:

“A palliative approach is not a service” (quote from Carolyn Tayler)

Although we realize that end of life care may require care from professionals who have been formally trained in palliative care, mostpeople who have life limiting illnesses receive care in settings where access to palliative care professionals is limited. To address this, our team has been studying how the notion of “a palliative approach” can help to embed general principles and practices of palliative care broadly into the healthcare system. The Initiative for a Palliative Approach in Nursing: Evidence and Leadership (www.iPANEL.ca, led by Kelli Stajduhar and Carolyn Tayler) engages nurse researchers, practitioners, and administrators in British Columbia, Canada, who share a common goal to integrate a palliative approach throughout the healthcare system. Building on our prior publication on “Conceptual Foundations of a Palliative Approach” (Sawatzky, Porterfield et al. 2016), the current article is one of the iPANEL studies that specifically seeks to synthesize across insights derived from different sources of knowledge relevant to a palliative approach as the basis for supporting nursing care teams to embed a palliative approach into their practice. In doing so, we have broadened the scope of what is 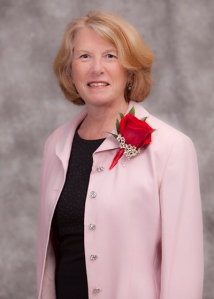 typically considered “knowledge synthesis”, by translating general knowledge from previous studies into particular contexts of nursing practice. This knowledge synthesis process reflects the fundamental form of nursing knowledge application we articulated in a prior publication in ANS on “Particularizing the General” (Thorne and Sawatzky, 2014). We hope that, in addition to contributing to an understanding of a palliative approach, the article will spark further discourse about effective methodologies for particularizing general knowledge within local contexts of everyday nursing practice.

What’s the Point of the Evidence Debate?

We have just published ahead of print an article that will be published in the first issue of 2014!  The article is titled “Particularizing the General: Sustaining Theoretical Integrity in the Context of an Evidence-Based Practice Agenda” by Sally Thorne, PhD, RN, FAAN, FCAHS and Richard Sawatzky, PhD, RN.  Dr. Thorne and Dr. Sawatzky have extended their discussion of the “evidence” debate with this message for ANS blog readers:

Although we realize that “the evidence debate” may seem like a tired topic for some readers, we think it remains one of the most important avenues through which nurses can find their grounding in why the philosophy of science really matters to our discipline. Health and public policy get made on the basis of a complex and highly

politicized combination of ideology and science. We tend to think about ideology as if it exists in the world of “the other” and not in our own disciplinary knowledge. And yet, we must recognize that nursing has always been driven by so much more than just empirical science or philosophy, even if we sometimes struggle with how to name, conceptualize and justify those other forms of knowledge that influence our practice.

For us, the history of theoretical and philosophical knowledge-building in nursing is quite fascinating. Although it has taken a lot of twists and turns along the way (some of them sufficiently awkward as to be downright embarrassing), once you clear away the “noise” and reflect on what many of the founding nurse theorists and scholars were struggling with, you realize that they were grappling with incredible complexities. The language they used was sometimes a bit convoluted or misleading, and the competitiveness among the individual theorists and their disciples was at times unseemly. Nevertheless they were trying to work out ways of conceptualizing the rather marvelous constellation of intellectual and behavioral competencies that characterize the practice of nursing when it is done at its best, in order that we could improve our capacity to help nurses achieve that.

Of course if nursing were derived from a simple skillset, then that theorizing and philosophizing would have been

easy.  But it is not. And that’s what makes the story so fascinating. Patients are complex and adaptive, and so are we. The social and ideational worlds within which people experience health and illness are dynamic, multilayered, and fraught with uncertainties and complexities.  The thinking nurse – that nurse we refer to as “expert” within his or her population group or setting – is always skillfully navigating that great chasm between science (which represents the general past) and context (which represents the particular moment), not to mention looking forward to considerations of possible implications for the future.

In re-entering the “evidence debate” in this manner, we wanted to juxtapose ideas about how we make sense of knowledge that comes from certain kinds of formally derived scientific processes with those that have to do with nursing’s inherent interest in the individual case. We believe that the trend towards standardized practice in health care during recent decades (e.g., reliance on general clinical practice guidelines) is increasingly at odds with notions of heterogeneity and individual differences (or “anti-standardization”), such as those prompted by field of personalized medicine. Just as many forms of medical management are moving away from population-based science (i.e., reliance on population averages) toward novel targeted and individualized therapies arising from genomics, proteomics and pharmacogenomics, we believe that nurses will need systems and structures through which to focus and strengthen individualized care and patient-centered approaches. These are not simply vague abstractions, but complex and challenging dimensions of the intellectual approach that nurses must always bring to their practice.

So for us, it seems useful to really push nurses toward clarity in what does and does not constitute evidence in the conventional sense. Slippage with how we frame the basis of what we think we know will only serve to discredit our profession as a credible contributor to the larger world that is wrestling with these evolving ideas. We are concerned that the tendency to reconceptualize certain forms of knowledge as “evidence,” in an attempt to obtain credibility, will not serve the nursing well. Nursing practice and theories are unavoidably influenced by many valuable forms of nursing knowledge that do not necessarily conform to conventional notions of “evidence.” Rather than “branding” all nursing knowledge as “evidence,” nurses are challenged to articulate what these “non-evidential” forms of knowledge are and what the basis is of their justification. We want to remobilize an enthusiasm for why nurses ought to care about the nursing theory world by bringing into focus the relevance that disciplinary thought has in the larger world of contested practices and influence upon futures.

We keep returning to this idea that the dialectic between the general and the particular is really the essential element in the uniqueness of nursing knowledge, our defining characteristic, the idea best captures what we are.  As we continue to develop our collective expertise and wisdom with regard to evidence generation and interpretation – figuring out how we learn about the patients of the future through systematic and rigorous exploration of the past – it will be imperative that we not forget the “artform” of individualized holistic care, enacting relational practice, and taking an intersectional lens on the social determinants that may be shaping the health and illness experience of the patient who is before us in the moment.

Thanks for taking this journey with us, and we look forward to a lively debate!

You can download this article at no charge now on the ANS web site!  Get it, read it, and come back here to engage in this very important, and interesting debate!