Freedom of Choice: Nursing Perspective on Reducing Hypertension for African-Americans 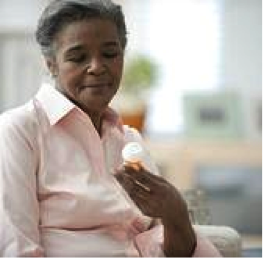 The persistently high incidence of hypertension among African-American people is one of the primary factors that accounts for significant disparities in the United States.  While it is widely assumed that this is a complex issue, typical approaches to intervene in practice have remained simplistic and ineffective.  In this “Editor’s Choice” article titled “Freedom of Choice and Adherence to the Health Regimen for African Americans With Hypertension” authors Willie M. Abel, PhD, RN, ACNS-BC and Debra J. Barksdale,PhD, RN, CFNP, CANP, present an informative review of the complex factors contributing to persistent high rates of hypertension in African-American communities.They propose that the theory of psychological reactance can guide nurses in fulfilling our pivotal role in helping African-Americans become active participants in managing their hypertention.  As Dr. Abel describes it:

The background for this article stemmed from my research on medication adherence issues in African American women with hypertension. African American women have the highest rates of hypertension in the world, positioning them at an increased risk for heart attack, heart failure, stroke, and kidney disease. Understanding why some African American women choose not to adhere to treatment approaches to HTN is essential, especially when antihypertensive treatment regimens such as medications have proven efficacy in lowering blood pressure and preventing the devastating consequences of HTN. Thus, it is inconceivable why an individual with HTN may choose not to adhere to the treatment regimen. However, one potential answer to this perplexing problem is related to the one factor that distinguishes African Americans from all racial ethnic groups in the United States, their history of slavery. Because health care demands may disrupt personal routines and restrict valued personal freedoms, many African Americans may feel motivated to preserve their freedom if it is threatened or restricted. Thus, the theory of psychological reactance offers a framework for understanding poor adherence to the health treatment regimen for African Americans with HTN.

This article appears in the October-December 2012 issue of ANS, released today (November 6)!  Visit the ANS web site today to get this article at no charge while it is featured!