Theory of Social Justice in Nursing 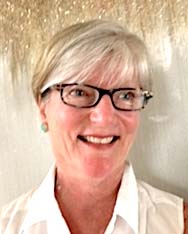 Our current featued article is titled “Emancipatory Nursing Praxis: A Theory of Social Justice in Nursing” by Robin R. Walter, PhD, RN, CNE.  In the short video below, Dr. Walter shares what she sees as the important take-aways from her study.  I hope you will not only view the video, but also download this article from the ANS website, then return here to share your comments and ideas related to her work!