The current featured article in ANS 42:1 is by Pamela G. Reed, PhD, RN, FAAN title “Intermodernism: A Philosophical Perspective for Development of Scientific Nursing Theory.” This article will also serve as a focus of discussion at a conference that will convene at Case Western Reserve University March 21-22 in Cleveland, OH, celebrating the 50th year since the first conferences focused on the disciplinary perspective of nursing, and the structure of nursing knowledge. Dr. Reed’s article will serve as a focus for discussion and debate for years to come, prompting advances in nursing knowledge development in the years ahead.  Her aritcle is available to download at no cost while it is featured, and we welcome your comments here!  Dr. Reed sent this message about her work. 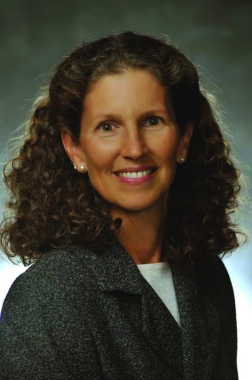 I am SO pleased to have this paper published in Advances in Nursing Science! It was in this same journal where in 1995 I published a treatise that introduced some initial ideas about a philosophy of nursing science, which I then labeled neomodernism.  This current paper is the outcome of my continued work (and passion) in philosophy of science as it relates to knowledge and theory development in our discipline. In developing this philosophical perspective, I was particularly interested in bringing together the foundational focuses of nursing knowledge with the creative and scholarly ways that nurses practice their profession and science. I drew from philosophical worldviews within and outside of nursing, and from philosophies of science more formally.

I also thought it important to provide (for readers and me!)  some historical perspective on philosophies of science and theory structure, as background for a philosophical view I am  proposing for nursing’s present and future.  Whereas I initially called this view neomodernism, I came to the decision that intermodernism better represented the post-postmodern philosophy that it is – one that incorporates both modern and postmodern ideas. I wanted to articulate a philosophical view that is meaningful to nursing and is also pluralist yet internally consistent.  Accomplishing all of this will likely involve continued work and dialogue!  In the meantime, I hope it can be useful among nursing students as they hone their research questions, and among nursing scholars and maybe also other health science scholars as they formulate new directions for research and practice.

Mostly I am hoping that this article generates discussion among nurses about the role of theory in building nursing knowledge – about new strategies for theory development that integrate practice and science more deliberately, and about expanding perspectives of our familiar ‘nursing theory’ to make it the central cog in the wheel of nursing inquiry into processes or mechanisms underlying human health and well-being.