The current ANS featured article, free to download while it is featured, is title “Clarifying the Concept of Depression in Women With Coronary Heart Disease” authored by Sydney Buckland, MSN, APRN-FNP; Bunny Pozehl, PhD, APRN-NP, FHSFA, FAHA, FAAN; and Bernice Yates, PhD, RN, FAHA.  Sydney Buckland shared the following message with ANS readers about her work; I join her in inviting your comments and ideas related to this work! 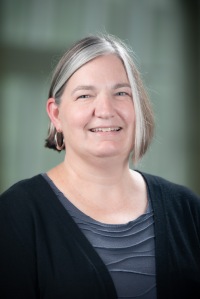 My PhD dissertation work (which I completed in May, 2019) brought together three topics I’ve been passionate about for decades: cardiology, mental health (particularly depression), and the health of women. The intersection of mental health and coronary heart disease (CHD) finally began to be explored in earnest in the late 1990s, with lots of attention being paid to depression in particular. But as I immersed myself in this literature, it became clear to me that there was a rather glaring problem: the way depression was being defined. Or perhaps more accurately, the way it was not being defined. Even though authors would define other variables such as a myocardial infarction with very clear and specific criteria, nobody was defining depression. The official (DSM) diagnostic criteria for depression were never cited, and the vast majority of studies relied on screening instruments rather than clinical diagnostic interviews to determine depression status. What this did, in effect, was to turn the items included on the depression screening instrument into the de facto definition of depression. Given the huge variety of screening instruments, including those that do not follow DSM criteria and/or do not contain somatic symptoms, I wondered how many women with depression were being missed because of the choice of screening instrument.

I decided to write a concept analysis, really diving into what depression in women with CHD “looked like”. Since most of us are not trained to do a diagnostic interview, and diagnostic interviews are lengthy, the reality is that screening instruments will continue to play a central role in identifying (at least initially) those who have depressive symptoms. I wanted researchers and clinicians to be able to make an informed choice regarding a screening instrument to use with this population – one that matched women’s experienced symptoms and followed DSM criteria.

I am delighted to share my concept analysis with the ANS readership and truly hope that by clarifying this concept, women with CHD who are experiencing depressive symptoms will be identified, treated, and ultimately experience better health outcomes.